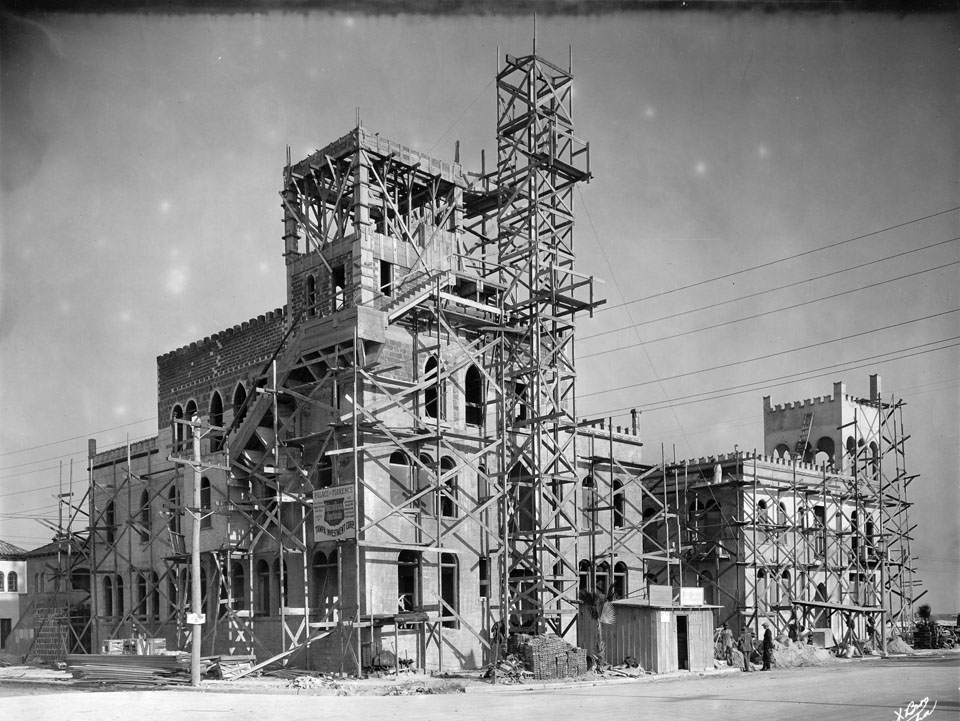 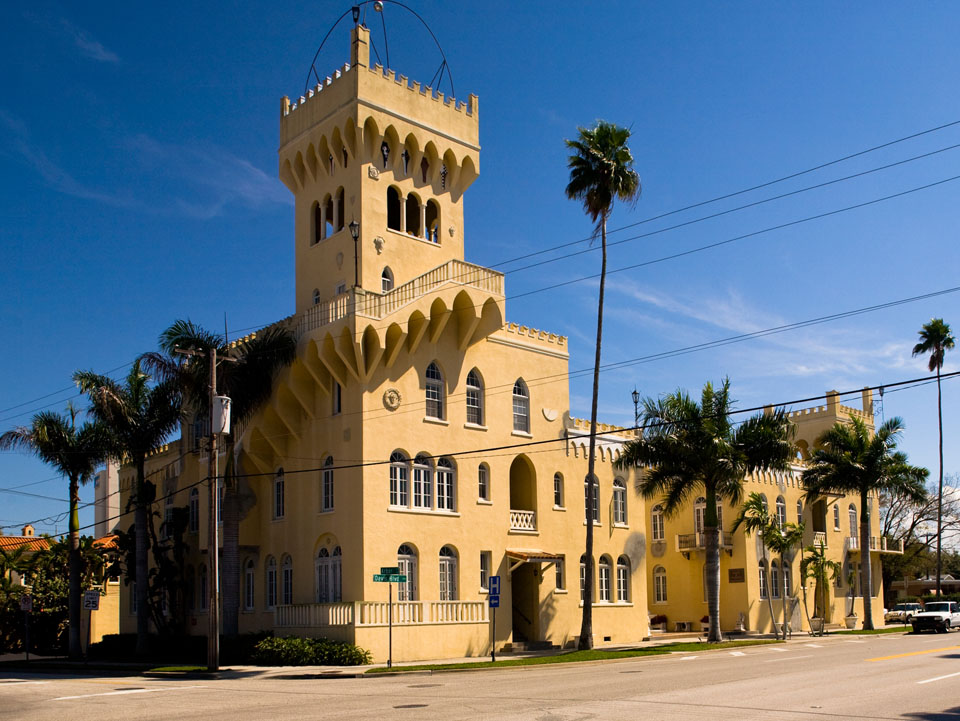 The Palace of Florence, as shown here, was constructed in 1926 and restored in 2003. Its design was inspired by Palazza Vecchio, in Florence, Italy. The building was originally built as an apartment-hotel where people could rent one of its 28 rooms by the day, week, month, or year. On a side note, notice that the appearance of the electric poles don’t appear to have changed much in the last eighty years.