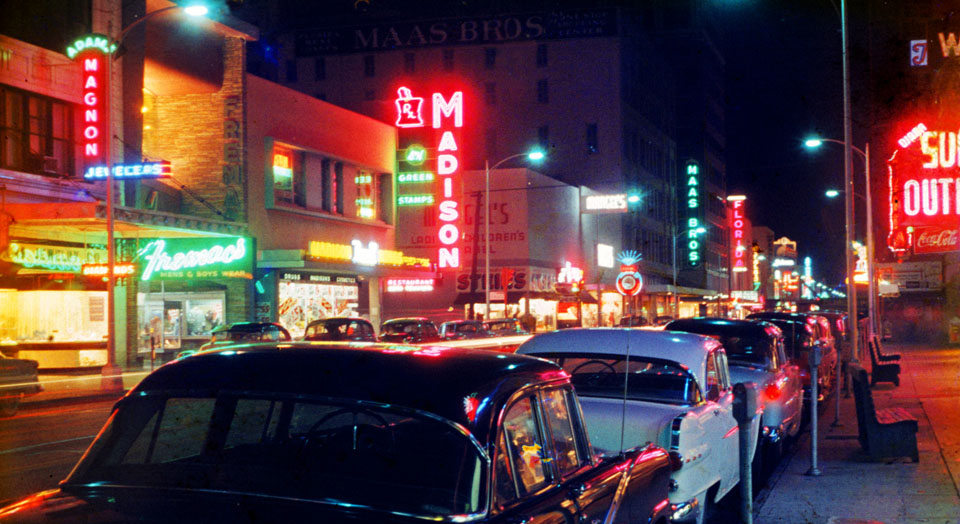 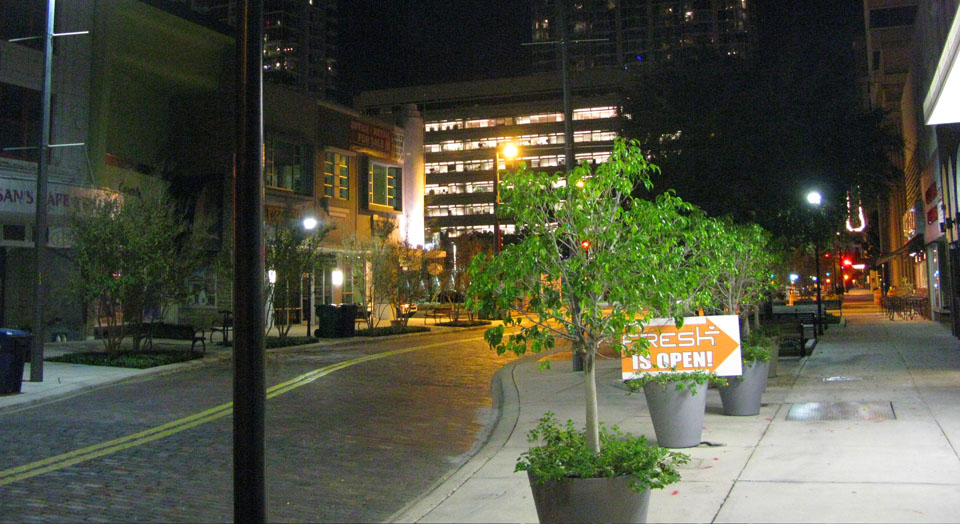 Hector B Colado, the son of cigar makers and photographer of the historic 1956 photograph, was born and raised in Tampa. He turned 80 in April 2010, is in good health, and still lives here in South Tampa. Apparently, the amateur photographer took this photograph with his new camera and later placed it with a collection of family photographs, where it was recently rediscovered.
This photograph was recently rediscovered by Hector’s family and is unique in that it shows many of the colorful neon signs on Franklin Street, which are typically shown in black and white in the Burgert Brother’s photographs. Many of the neon signs shown in this photograph, which unfortunately have long been removed, were made by the Cinchett Neon Sign Company.