The 3-story 36,600 square foot Stachelberg (some sources spell it Seidenberg) cigar factory was built in 1894. This was one of the earlier cigar factories built in Ybor City. However, before building this structure, in 1867, the company built a factory in Key West, making it the first cigar company to do so. At one point in the building’s history, all of the windows were bricked up while the former factory was used as a warehouse. Although the building is currently occupied by Stantec, it was formerly the offices of Wilson Miller, the Ybor Brewing Company, and Granite Services (who now occupy the Corral & Wodiska Cigar Factory). The following photo is from 1894 and is of the factory’s payroll office. 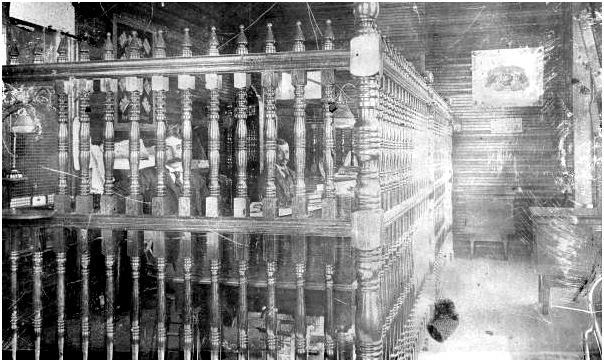