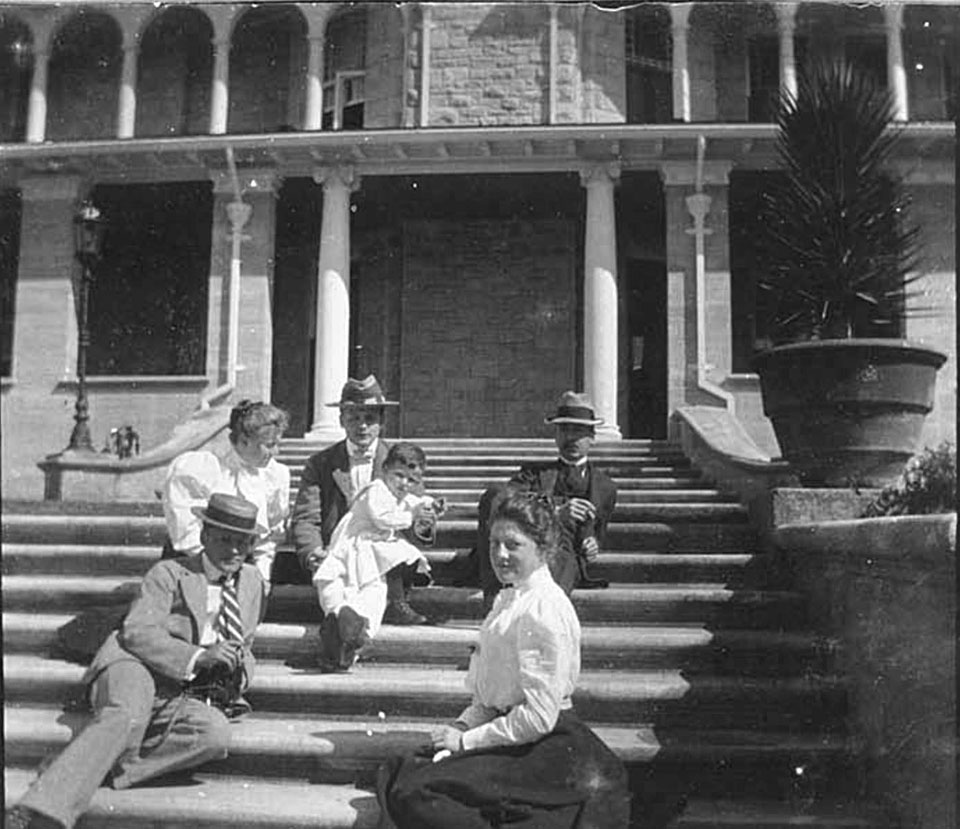 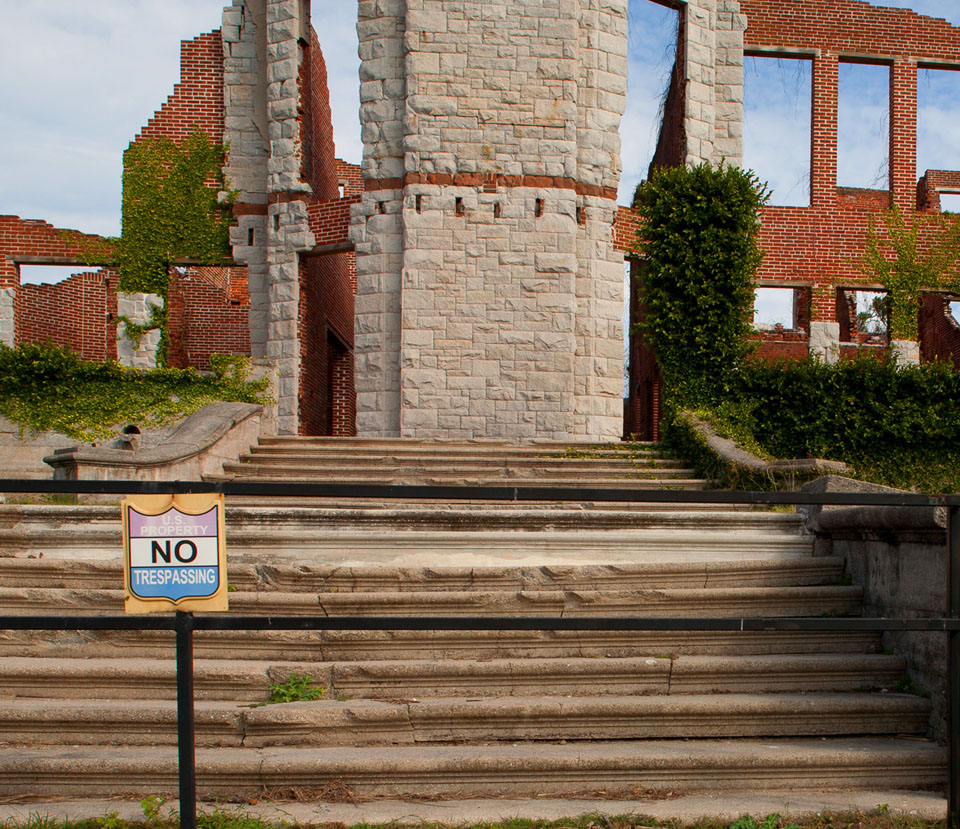 This photograph, probably from the early 1900’s shows a group of people on the steps of the Dungeness mansion. The women on the right appears to be Lucy Carnegie, the sister-in-law to Andrew Carnegie. In 1884, Lucy and her husband Thomas began building one of their mansion on the remote Cumberland island. Thomas Carnegie never lived to see the mansion’s completion. However, Lucy and their nine children lived in their 59-room home until 1925. In order to have their home and island be self-sufficient, they also built pools, a golf course, and dozens of other buildings to house the over two hundred servants who worked at the mansion.