Cuba – Plaza of the Revolution , 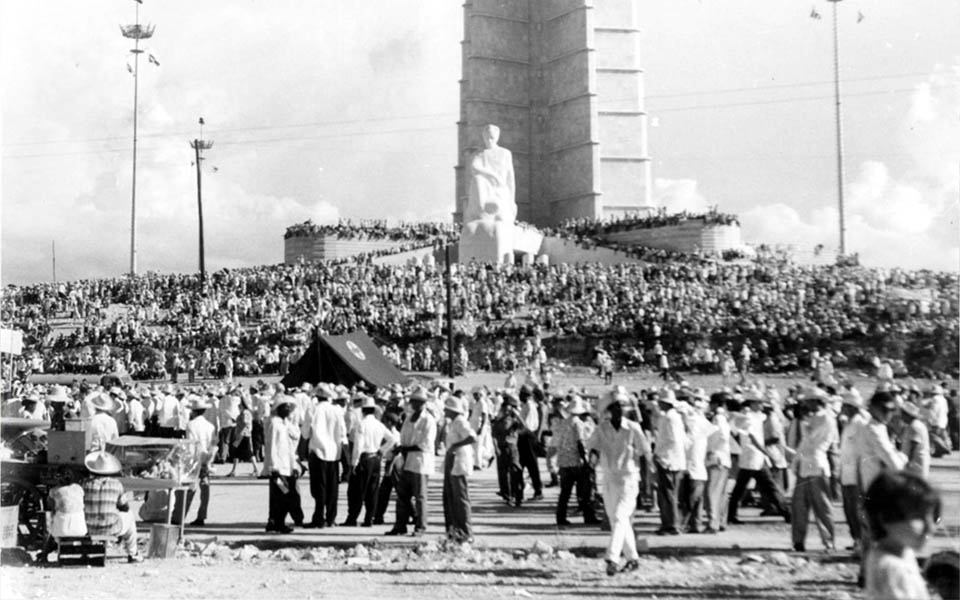 With an area of 775,000 square feet, the Plaza of the Revolution is the 31st largest square in the world. It is dominated by the nearly 360 feet tall tower and 60 foot tall statue of Cuba’s national hero, José Martí.

The square is most notable as being the place where many political rallies take occur, such as this unidentified rally shown in the historic photograph. Fidel Castro and other politicians have, at times, addressed more than a million Cubans at a time in this square.

The photograph below is another view from the same rally. 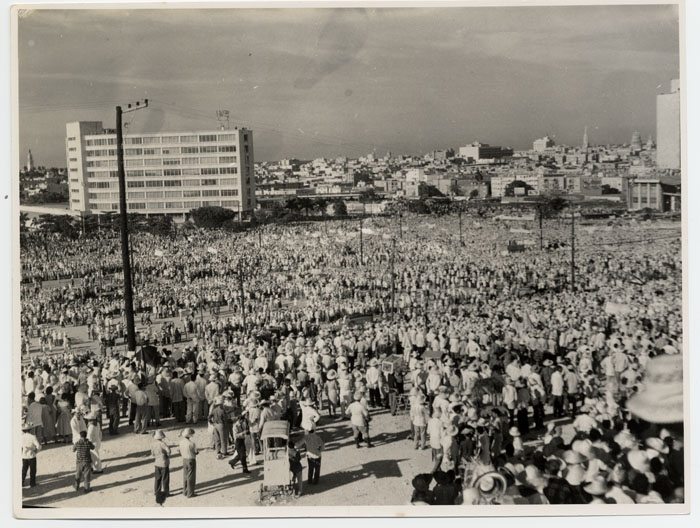