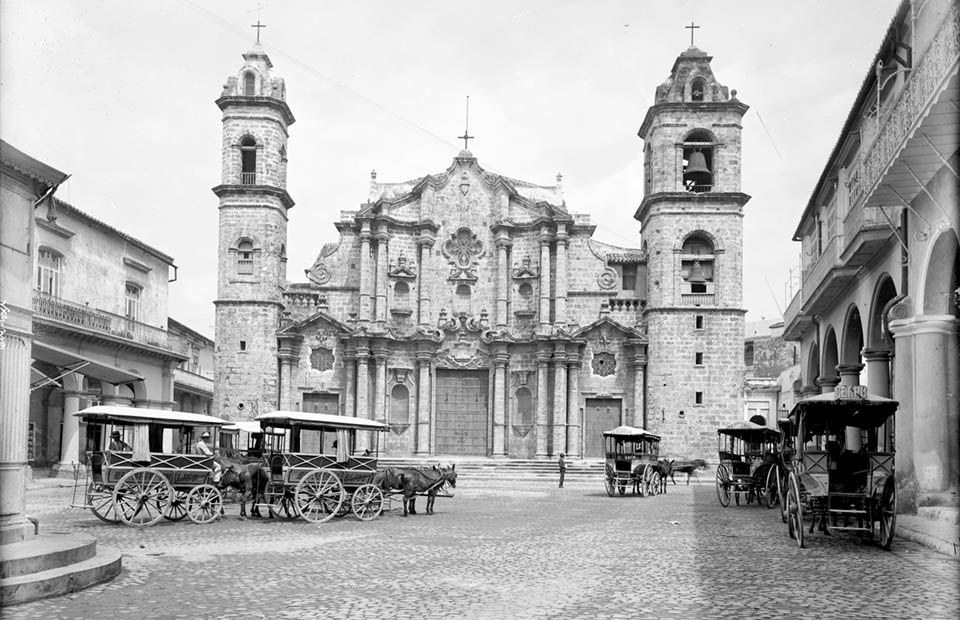 The Cathedral of Havana was constructed in the mid 1700’s. The cathedral is said to be the only example of a baroque architecture with an asymmetrical facade (the bell tower on the right is wider than the bell tower on the left). This unique feature was constructed in order to allow water, that tended to accumulate on the plaza, to freely flow through the streets. Due to the drainage issues in colonial times, the former name of this plaza is Plaza de La Ciénaga, which translates to Plaza of the Swamp. Now, the plaza is more appropriately called the Plaza de la Catedral.