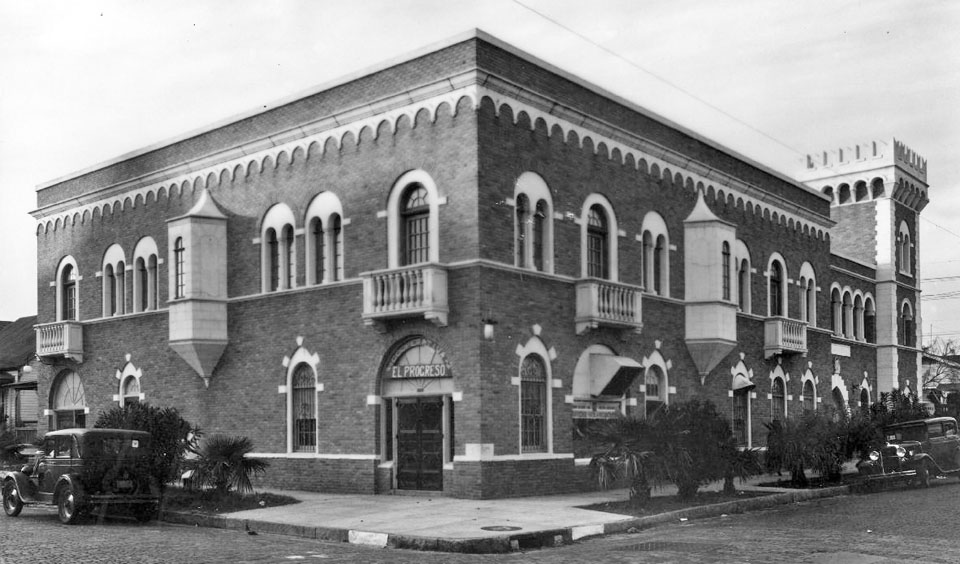 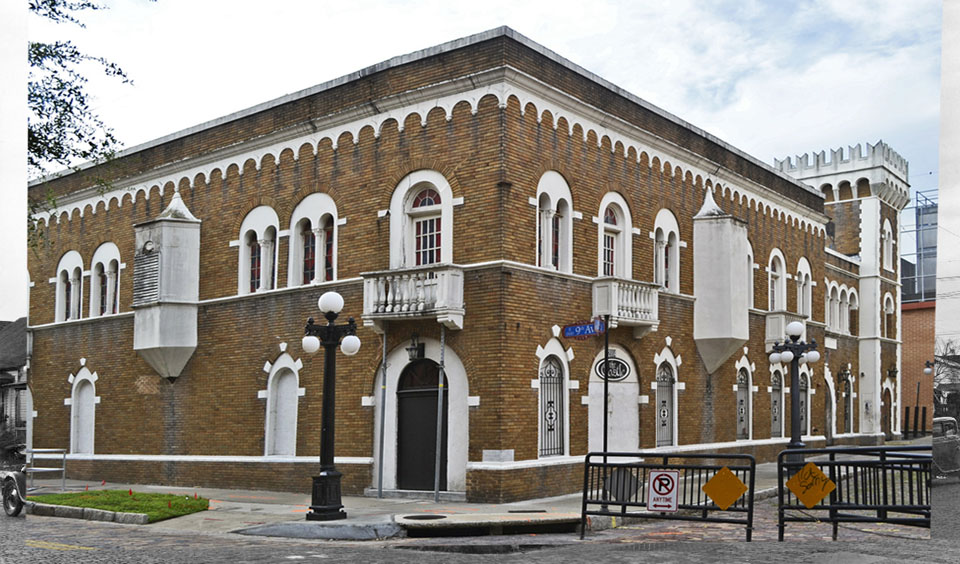 Cooperative El Primero Progresso, also know as the “Labor Temple”, was the meeting place for Tampa’s labor force in the early 1900s.

In addition to its Latin clubs, Ybor City had numerous labor and other fraternal organizations as well. The most important preserved building associated with labor and unionism in general is the Labor Temple at the corner of 9th Avenue and 16th Street. Ybor City’s cigar worker and restaurant unions jointly occupied this building.

With cast-iron grillwork, round arched stone window and door surrounds, white stone balconies, oriel windows, and square-shaped tower capped with a crenellated parapet, this edifice bears a striking resemblance to a Spanish castle.

In “Alerta Tabaqueros!” by Geroge E. Pozetta, regarding a particularly violent strike in 1910, he writes:

As economic dislocations resulting from the strike became more acute, native Tampans reacted angrily. Most local leaders believed that the majority of workers were anxious to return to work, but were prevented from doing so by labor radicals. In reaction to the alleged influence of socialist and anarchist “agitators,” business and professional elites formed another citizens’ committee.

Membership in this organization swelled as confrontations became commonplace and the sound of gunshots rang through the city. On September 14, Tampa’s attention was galvanized by the news that James F. Easterling, an American bookkeeper employed at Bustillo and Diaz Company, had been seriously wounded. The shot which struck Easterling came from a crowd of Italian and Cuban strikers gathered at the factory.

On October 4, Balbin Brothers’ factory was burned to the ground by arsonists, and the Tribune building narrowly missed the same fate. The next morning, papers decried the “presence in this community of an anarchistic law-defying element who stop at nothing to accomplish their hellish purposes.”

Induced by pledges of protection, thirty-six of Tampa’s largest factories reopened on October 17. Tampa Mayor D. B. McKay recruited several hundred special police from areas surrounding the city to aid the citizens’ committee in keeping order. The new additions were organized into a force of fifty patrol cars, each carrying from three to five heavily armed men, and given the mission of patrolling West Tampa and Ybor City. By providing “absolute protection” to willing workers and intimidating the strike leadership, the patrols hoped to break the strike soon. Arbitrary arrests, illegal searches, routine physical beatings, and flagrant violations of civil rights characterized the actions of the patrols. These excesses were excused as necessary measures by the local citizenry. As the Tribune phrased it, “It will be a mere technicality if any of the actions of the squads of citizen deputies are declared illegal.”

Branded by socialists as the “Cossacks of Tampa” these patrols remained active even after three of the arrested strike leaders were convicted and received sentences of a year on the chain gang. The patrols were particularly vigilant in their efforts to disperse union meetings. On one occasion they entered the Labor Temple in Ybor City, broke up a meeting in progress, smashed furniture, confiscated records, and nailed the door shut with a sign overhead reading, “This place is closed for all time.” When the union newspaper El Internacional continued to print articles critical of the citizens’ committee, a delegation raided its office, destroyed its presses and intimidated employees found on the premises. On December 22, Tampa’s police further attempted to silence the labor press by arresting El Internacional’s editor, J. M. Gil, on two counts of conspiracy to prevent cigar workers from working.

More information about the Labor Temple can be found on the Tampa Natives Facebook page.