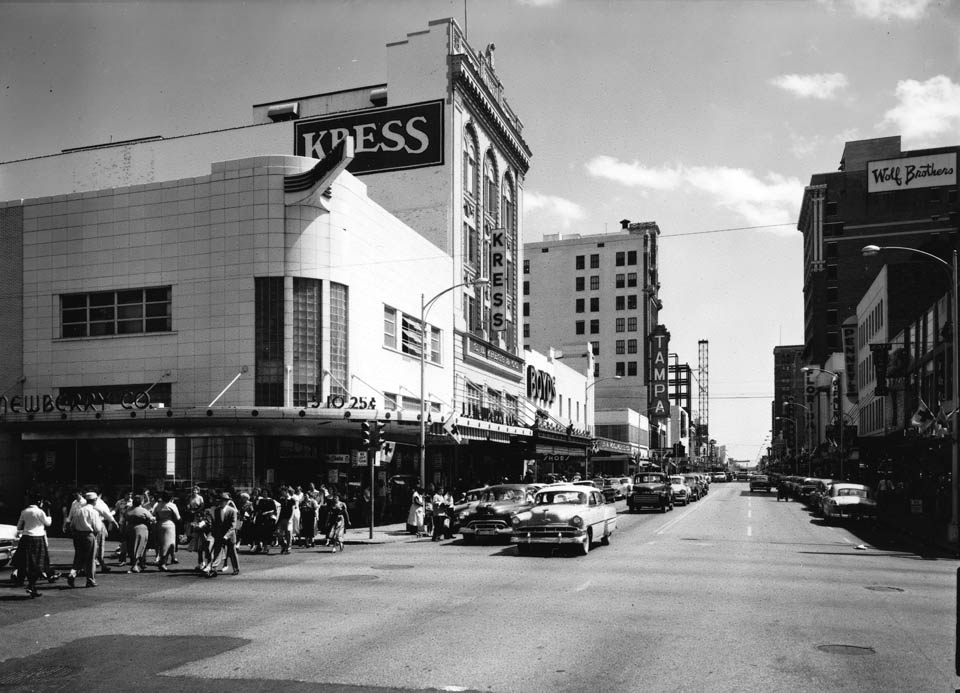 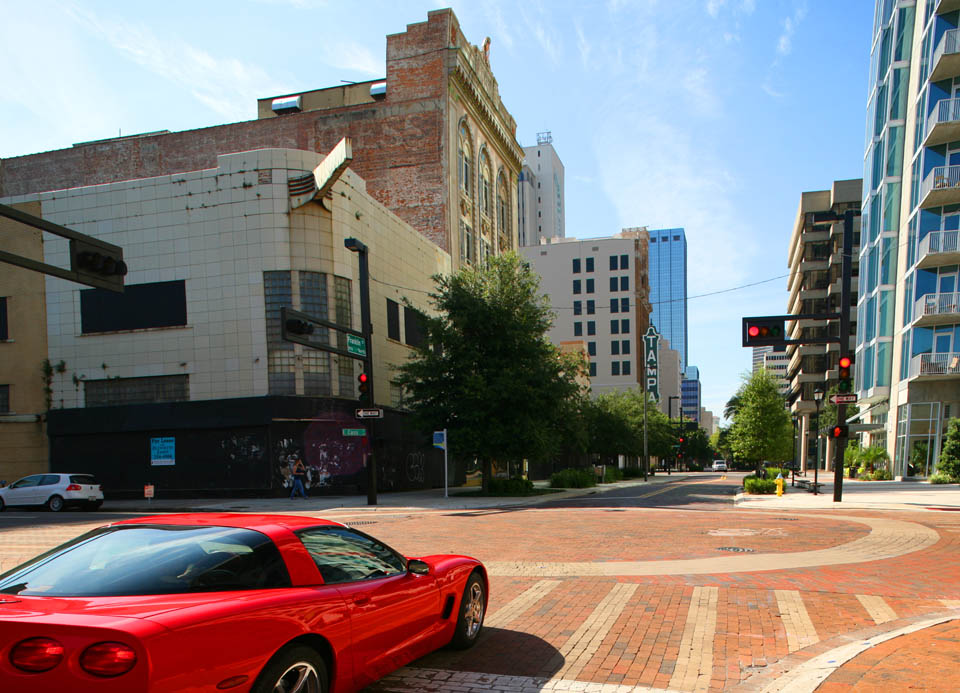 Unfortunately, by the mid-twentieth century, as people moved from downtown to the suburbs, Tampa’s once thriving retail stores were now struggling to survive. Beginning in the 1970’s, the people of Tampa discussed ways to revitalize their downtown area, especially the once grand, but now derelict, Franklin Street. Although there were many plans, very few came to fruition.

The Mass Brothers’ store closed in 1991 and was demolished in 2006. Woolworth’s closed in 1992 and Kress closed in 1980. With the exception of Tampa Theatre, which fortunately managed to survive through city intervention, these other historic buildings have either been abandoned or demolished.

During the housing boom, as skyscrapers began sprouting up in and around downtown, there was talk of demolishing some of the remaining historic buildings on Franklin Street to make room for more modern towers. This has yet to happen, but the fates of these remaining buildings are still in limbo.